Antonio Ligabue's artistic and human odyssey begins on December 18, 1899 in Zurich and ends on May 27, 1965 in Gualtieri, where he arrived on arrived on August 9, 1919, marked by a difficult childhood and an innate talent for drawing…

Antonio Ligabue’s sad Odyssey begins on 18th December 1899 in Zurich, Switzerldand. It is a human sequence of events marked by adversities, uprootings, loneliness, hunger and misery. Despite his birth in Swiss territory,his origins were deeply linked to Italy. Antonio Ligabue was born in the Women’s Hospital in Zurich  and he is registered with his mother’s surname, Elisabetta Costa, who was 28 at the time and she lived in Frauenfeld, in the canton of Turgau, where she worked as labourer. Elisabetta quickly knows another emigrant from Italy,  Bonfiglio Laccabue, native of the Municipalty of Gualtieri (Reggio Emilia);  they got married on 18th January 1901 and on 10th March of the same year, Bonfiglio legitimazes the little Antonio, giving him his surname and making him a citizen of Gualtieri. 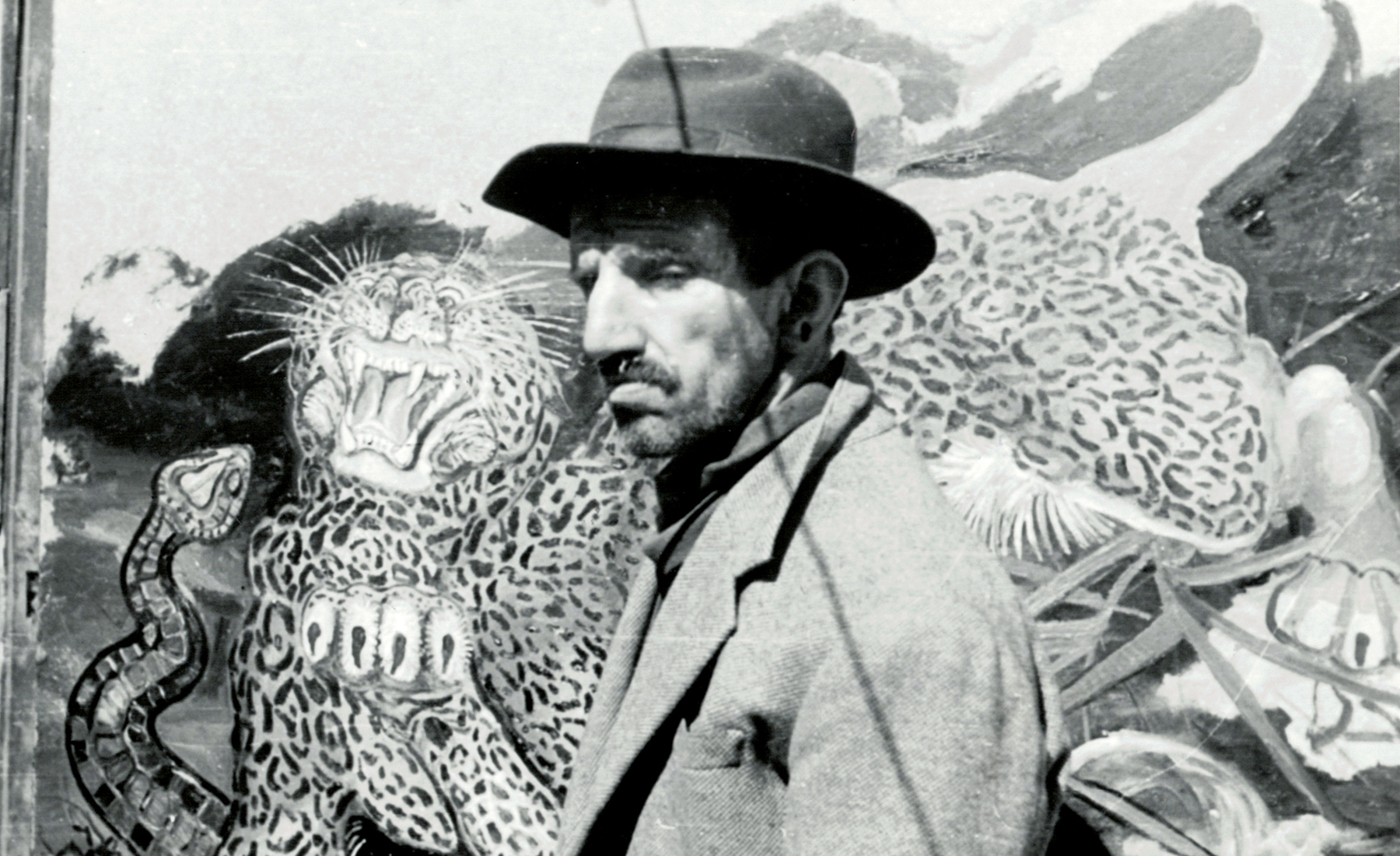 Nevertheless, Antonio didn’t become, with Bonfiglio’s recognition, member of a real family, because of when he was only 9 months old, in September 1900, he was entrusted to a German-Swiss couple. The two families, the natural one and the adoptive one, were united by the same fate of marginalization, precariousness, destituition. The child was affected by rickets and vitamin defiency that caused a cranial malformation and a blockage of physical development – from here comes the awkward look that we know through his adult photographs.

During the elementary school period, Ligabue was repeatedly included in differential classes because of his learning problems. On September 1913 he was entrused to the Swiss Johannes Valentin Göbel and Elise Hanselmann, who in the following years will denounce him several times because of his strange behaviour. Because of the poor economic and cultural conditions, they were forced to continuous travels, while the young Ligabue’s health was getting worse: since his childood he suffered from vitaminic deficiencies and rickets, his phisical development stopped, and it left his marks in Ligabue’s looking all his life. His difficult behaviour and his difficulties in studying led him to change school several times: the first one was in San Gallo, then in Tablat and finally in Marbach, in a school led by an evangelical priest, from where he was expelled in May 1915 because of his habits of blaspheming. However, at school, Ligabue learned to read at certain speed, and even if he was not capable of mathematics and spelling, he found a constant relief in drawing. Later, he moved  with his adoptive family to Staad, where he led a rather vagrant life, working occasionally as a farm laborer.

Between January and April 1917, after a violent nervous breakdown, he was hospitalized for the first time in a psychiatric hospital in Pfäfers. In 1919, after attacking Hanselmann during a fight, on her complaint, he was expelled from Switzerland. From Chiasso he was taken to Gualtieri, Bonfiglio Leccabue’s birthplace, but he didn’t know any word in Italian and fled trying to return to Switzerland. Returning to Gualtieri, he lived with the help of the Hospice of Mendicità Carri. In 1920 he was offered a job at the banks of the Po as a laborer employeed to excavations with the wheelbarrow, and he contributed to the construction of a road that connects Gualtieri with the river.

At that time he began painting. In 1928 he met Renato Marino Mazzacurati, who understood his genuine art and taught him the use of oil colours, guiding him towards the full valorisation of his talent. In those years he devoted himself totally to painting, continuing to wander aimlessy along the river Po.

In 1937 he was hospitalized in Reggio Emilia for acts of self-harm. In 1941 the sculptor Andrea Mozzali discharged him from the psychiatric hospital and lodged him at his home in Guastalla. During WWII, he served as an interpreter for German troops. In 1945, after beating a German Soldier with a bottle, he had to go back to the asylum and he stayed there for three years. In 1948 his artistic activities become more intense and that’s why journalists, critics and art merchants became interested in him. In 1957, Severo Boschi, signed by Il Resto Del Carlino, and the photojournalist Aldo Ferrari paid him a visit to Gualtieri:  the result was a newspaper report with images that are still famous.

In 1961 was set up his first exhibiton at the Galleria La Barcaccia in Rome. He underwent a motorcycle accident and, the following year, he was victim of a paresis. In 1963, Guastalla dedicated to him a great anthological review, organized by the gallerist and friend Vincenzo Zanardelli. He asked to be baptized and confirmed: he died on 27th May 1965, at the age of 65. He was buried in the cemetery of Gualtieri and on his tombstone was placed the bronze funeral mask made by Mozzali. In the village he was nicknamed, in the local dialect, Al Matt (The Fool) or Al Tedesch (The German).